Jim Rohm’s widely quoted line is “You are the average of the five people you spend the most time with.” James Altucher advises young writers to find their “scene”—a group of peers who push them to be better. Your father or mother might have given a warning when they saw you spending time with some bad kids: “Remember, you become like your friends.” One of Goethe’s maxims captures it better” “Tell me with whom you consort and I will tell you who you are.”Consciously consider whom you allow into your life—not like some snobby elitist but like someone who is trying to cultivate the best life possible. Ask yourself about the people you meet and spend time with: Are they making me better? Do they encourage me to push forward and hold me accountable? Or do they drag me down to your level? Now, with this in mind, ask the most important question: Should I spend more or less time with these folks?The second part of Goethe’s quote tells us the stakes of this choice” “If I know how you spend you time,” he said, “then I know what might become of you.”

Don’t Unintentionally Hand Over Your Freedom 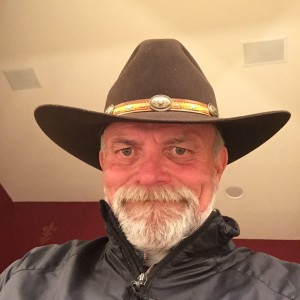 Maintain control over your mind and perceptions.

Instinctively, we protect our physical selves. We don’t let people touch us, push us around, control where we go. But when it comes to the mind, we’re less disciplined. We hand it over willingly to social media, to television, to what other people are doing, thinking, or saying. We sit down to work and the next thing you know, we’re browsing the Internet. We sit down with our families, but within minutes we have our phones out. We sit down peacefully in a park, but instead of looking inward, we’re judging people as they pass by.We don’t even know we’re doing this. We don’t realize how much waste is in it, how inefficient and distracted it makes us. And what’s worse—no one is making this happen. It’s totally self-inflicted.The world can control our bodies—we can be thrown in jail or be tossed about by the weather. But the mind? That’s ours. We must protect it. Maintain control over your mind and perceptions. It’s your most prized possession. 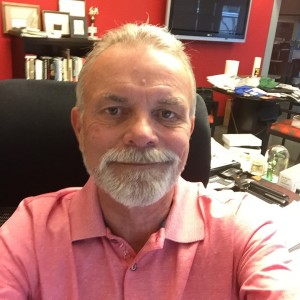 We underestimate our capabilities just as much and just as dangerously as we overestimate other abilities.

Most people resist the idea of a true self-estimate, probably because they fear it might mean downgrading some of their beliefs about who they are and what they’re capable of. As Goethe’s maxim goes, it is a great failing “to see yourself as more than you are.” How could you really be considered self-aware if you refuse to consider your weaknesses?Don’t fear self-assessment because you’re worried you might have to admit some things about yourself. The second half of Goethe’s maxim is important too. He states that it is equally damaging to “value yourself at less than your true worth.” Is it not equally common to be surprised at how well we’re able to handle a previously feared scenario? The way that we’re able to put aside the grief for a loved one and care for others—though we always thought we’d be wrecked if something were to happen to our parents or a sibling. The way we’re able to rise to the occasion in a stressful situation or a life-changing opportunity.We underestimate our capabilities just as much and just as dangerously as we overestimate other abilities. Cultivate the ability to judge yourself accurate...read more

The Real Source Of Harm

You don’t miss that routine until it’s not there anymore.

It’s been said that there really is no such thing as an objectively good or bad occurrence. When a billionaire loses $1 million in market fluctuation, it’s not the same as when you or I lose a million dollars. Criticism from your worst enemy is received differently than negative words from a spouse. If someone sends you an angry email but you never see it, did it actually happen? In other words, these situations require our participation, context, and categorization in order to be “bad.”Our reaction is what actually decides whether harm has occurred. If we feel that we’ve been wronged and get angry, of course that’s how it will seem. If we raise our voice because we feel we’re being confronted, naturally a confrontation will ensue.But if we retain control of ourselves, we decide whether to label something good or bad. In fact, if that same event happened to us at different points in our lifetime, we might have very different reactions. So why not chose now to ...read more

The Enemy Of Happiness

Like the horizon, you can walk for miles and miles and never reach it.

I’ll be happy when I graduate, we tell ourselves. I’ll be happy when I get this promotion, when this diet pays off, when I have the money that my parents never had. Conditional happiness is what psychologists call this kind of thinking. Like the horizon, you can walk for miles and miles and never reach it. You won’t even get any closer.Eagerly anticipating some future event, passionately imagining something you desire, looking forward to some happy scenario—as pleasurable as these activities might seem, they ruin your chance at happiness here and now. Locate that yearning for more, better, someday and see it for what it is: the enemy of your contentment. Choose it or your happiness. The two are not compatible.

Many of the things that upset us are a product of the imagination, not reality.

The author Raymond Chandler was describing most of us when he wrote in a letter to his publisher, “I never looked back, although I had many uneasy periods looking forward.” Thomas Jefferson once joked in a letter to John Adams, “How much pain have cost us the evils which have never happened!” And Seneca would put it best: “There is nothing so certain in our fears that’s not yet more certain in the fact that most of what we dread comes to nothing.”Many of the things that upset us are a product of the imagination, not reality. Like dreams, they are vivid and realistic at the time but preposterous once we come out of it. In a dream, we never stop to think and say: “Does this make any sense?” No, we go along with it. The same goes with our flights of anger or fear or other extreme emotions.Getting upset is like continuing the dream while you’re awake. The thing that provoked you wasn’t real—but your reaction to it was. And so from the fake comes real consequences. Which is why you need to wake up right now instead of creating nightmare....read more

Think Before You Act 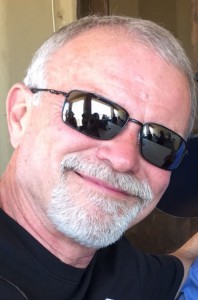 What was I thinking?

Why did I do that? you’ve probably asked yourself. We all have. How could I have been so stupid? What was I thinking?You weren’t. That’s the problem. Within that head of yours is all the reason and intelligence you need. It’s making sure that it’s deferred to and utilized that’s the tough part. It’s making sure that your emotions, not your immediate physical sensations, not your surging hormones.Fix your attention on your intelligence. Let it do its thing.

Soon enough, you’re willingly abstaining from cheating at all.

Self-control is a difficult thing, no question. Which is why a popular trick from dieting might be helpful. Some diets allow a “cheat day”—one day per week in which dieters can eat anything and everything they want. Indeed, they’re encouraged to write a list during the week of all the foods they craved so they can enjoy them all at once as a treat (the thinking being that if you’re eating healthy six out of seven days, you’re still ahead).At first, this seems like a dream, but anyone who has actually done this knows the truth: each cheat day you eat yourself sick and hate yourself afterward. Soon enough, you’re willingly abstaining from cheating at all. It’s not unlike a parent catching her child with cigarettes and forcing him to smoke the whole pack.It’s important to connect the so-called temptation with its actual effects. Once you understand that indulging might actually be worse than resisting, the urge begins to lose its appeal. In this way, self-control becomes the real pleasure, and the temptation becomes the regret.
read more

Did That Make You Feel Better? 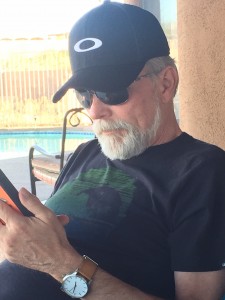 “Is this actually making me feel better?”

The next time someone gets upset near you—crying, yelling, breaking something, being pointed or cruel—watch how quickly this statement will stop them cold: “I hope this is making you feel better.”  Because, of course, it isn’t. Only in the bubble of extreme emotion can we justify any of that kind of behavior—and when called to account for it, we usually feel sheepish or embarrassed.It’s worth applying that standard to yourself. The next time you find yourself in the middle of a freak-out, or moaning and groaning with flulike symptoms, or crying tears of regret, just ask: Is this actually making me feel better? Is this actually relieving any of the symptoms I wish were gone?

Read More – It Is What It Is

Fear Is A Self-Fulfilling Prophecy

The things we fear or dread, we blindly inflict on ourselves.

“Only the paranoid survive,” Andy Grover, a former CEO of Intel, famously said. It might be true. But we also know that the paranoid often destroy themselves quicker and more spectacularly than any enemy.The combination of power, fear, and mania can be deadly. The leader convinced that he might be betrayed, acts first and betrays others first. Afraid that he’s not well liked, he works so hard to get others to like him that it has the opposite effect. Convinced of mismanagement, he micromanages and becomes the source of the mismanagement. And on and on—the things we fear or dread, we blindly inflict on ourselves.The next time you are afraid of some supposedly disastrous outcome, remember that if you don’t control your impulses, if you lose your self-control, you may be the very source of the disaster you so fear. It has happened to smarter and more powerful and more successful people. It can happen to us too.