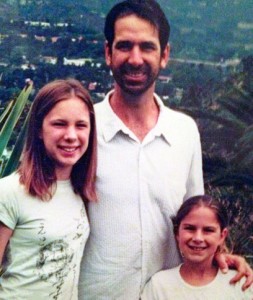 Some view nepotism as taboo that can ruin a business.

I used to know some grocery stores that wouldn’t let two members of the same family work in the same store. I found it kind of odd, since it was a family owned business. The parents were involved with the operations and they had kids who help run the stores. They were successful and really instilled the “family first” philosophy into the business. They worked well together, often vacationed together and were very happy. It was a dynamic that really worked, and a lot had to do with the family bond of watching each other’s back and deep trust. Which is why I found it peculiar that they didn’t see that the same family ties that made them a great team could also be applied to their employees. A great meat department manager may have a relative that possesses the same work ethic. The apple never falls too far from the tree, right? But instead they assumed (incorrectly) that family members would get unfair treatment. Surely the family member would get more favorable schedules, lower standards and lax enforcement of company rules. They might even collude to steal! Instead of seeing how family involvement among the rank and file could make their company stronger, they saw it as a bad thing. They saw nepotism as some taboo that could ruin the business. The very best independent grocers are family run and have multi-generational management – Town and Country Markets, Dorothy Lane Markets, Lowe’s, Elden’s, Mollie Stone’s, Jensen’s, Milam’s – just to name a few off the top of my head – that embrace the family dynamic from top to bottom. After all, what’s more important than family? Especially as I get older I realize the importance of making every occasion that you spend with family count. Kids get older, start their own families and before you know it you’re only seeing them a few times per year. People die. Accidents happen unexpectedly. Every day there is someone saying “I wish I spent more time with him” or “She really wanted me to visit more, I wish I did”.