Reality through a different lens 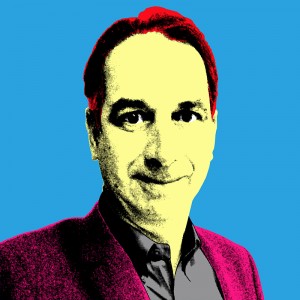 Dreams have some kind of root in something real that has happened in your life. At least most of them do. I’m not talking dreams of success or romance or achievement – those are more goals than dreams – I’m talking about when you wake up and think that was a weird dream, where the hell did that come from? Yesterday I had blog idea blockage. I’m blaming it on Covid-19, like everything else. So in the early hours of the morning I had this dream. I usually forget my dreams, but I had to get up and make some notes so I’d remember it. In my dream, I was walking through Dorothy Lane Market with Norman Mayne, just checking out the store. I’ve told many people that I think Dorothy Lane is, in my opinion, doing the best job in the supermarket industry in the country. They definitely “Get it”. While walking the store, I ran into Karen McMullen, who is the Human Resources Director for Jensen’s Foods stores in Southern California. I asked her if she had met Norman, and she said, kind of with a dismissive shrug that she had, and that instead of being enamored with what he had accomplished with his stores, was thoroughly unimpressed. We started walking through the store and she continued to be unenthusiastic. I pointed out some beautifully decorated cakes, and she said they weren’t that great. We started observing employees, who were engaged in a lot of personal chit-chat (one asked another if they were going to the orgy. Wait, what??!!). I started thinking that different people see things through different lenses, and that the resulting perception of greatness can be different. I woke up thinking that through rose colored glasses things always look better and brighter. I have to look at our stores performance through normal glasses to get a real picture, but optimism and acknowledgement of greatness is essential.

Then my wife said “Are you alright? What are you doing?” and I told her I just had this dream and needed to make some notes because I thought it would be a good blog. Then I went back to sleep.

Apologies to Norman Mayne and Dorothy Lane! Karen has never been there, but I have and I’m right. Your stores are incredible. That employee chit-chat was definitely out of left field!