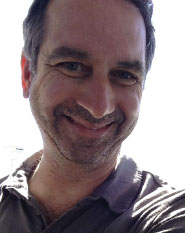 Do you believe in Karma? I know I’ve touched on this subject before, but especially “during these unprecedented times”, it seems like everything we do has a consequence. As a young man, I didn’t really care or think about Karma. I did what I wanted, tried to be a good person and lived life like most 20-somethings. So, one day, not long after I got my first job out of college, I went down to the car stereo store (there were lots of those back then) and was shopping for a new stereo with a CD player for my 1986 Volkswagen Jetta. It was a sweet ride, and the first almost-new car I ever had purchased. As I’m shopping for the stereo, a guy comes up and asks me if I want to buy a stereo and speakers for something like 80 bucks. All I had to do was follow him out to his car to check it out. So, I did. And the stereo was cool, and a heck of a deal. In the back of my mind I knew it was too good to be true and probably stolen, but what the hell. I bought it, installed it and loved the sound. Didn’t give it much of a thought after that. I probably bragged about the “great deal” I had got. Such a dope. About a month later, I went out to my car in the morning. Shattered glass was on the ground and my stolen stereo was stolen. Karma was a real bitch. Thing is, it wanted to really teach me a lesson. Over the next 3 years, my Jetta was broken into FIVE TIMES. They’d jimmy the door handle or break a window. I lost three stereos, my briefcase and my CD collection. Finally, I conceded that Karma had won, and I sold the car. Definitely learned my lesson.

The little decisions – right or wrong, good or bad – have consequences. Honest hard work and fair dealings result in loyalty and long-term rewards, both with customers and employees. And you get to keep your stereo.