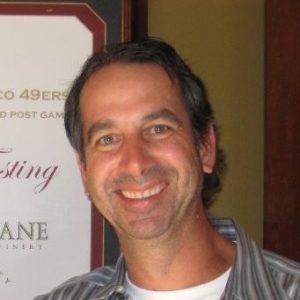 Is having a chip on your shoulder a good thing?

For a very long time I have felt that holding a grudge and never forgiving is one of the biggest contributors to your own personal misery. Just not letting go of the slights and infractions brought against you by some a-hole ultimately just keeps the negativity within your own personal sphere. Like shooting a slingshot inside the Cone of Silence, it only bounces back and keeps hurting you. Contrary to what most people think, I’ve learned that forgiveness is not saying that how you were wronged, or who wronged you, is OK. It’s moving past it – letting it go. So when the theory that having a chip on your shoulder is actually a good thing was told to me, I was conflicted. Chip on your shoulder means you’re holding a grudge. That you’re daring someone to knock it off your shoulder so you can beat the crap out of them, or more eloquently, get your revenge. It’s a negative emotion that motivates you to be better. Some great athletes cite a chip on their shoulder as their motivation to achieve ultimate success. Tom Brady is the one that comes to mind first. He was picked number 199 in the 2000 NFL draft in round six. He felt he was better than that, and he was obviously right, but he used that as personal motivation to show all the teams that passed on choosing him that they had made a mistake. He has held that grudge all that time, motivating himself to “show them” that they were wrong. I still think having a chip is ultimately a negative feeling, but what do I know? I haven’t won a Super Bowl and definitely haven’t been voted Sexiest Man Alive. I’ll get revenge for that.

Read More – The Color of Your Thoughts