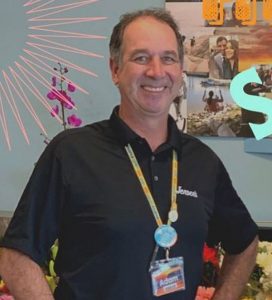 “It’s impossible not to take things that you are invested in personally.”

I think we have all had an encounter with someone who says “Don’t take this personally, but…” and goes on to say something that is not good. Could be the style of your hair, their comment on your aroma or a change in relationship – personal (It’s not you, it’s me.) or business (We’ve made some budget cuts and decided to go in another direction.) For me, it’s always personal. Criticism never feels good, no matter how constructive it is. I had this guy I worked with who was a real ass. If I said white, he said black. Up was down and smart was stupid. He said “You shouldn’t take it personally, I don’t.” Well, I did and I do. Decisions and work made with thought and planning are inherently yours, and that’s personal. It’s impossible not to take things that you are invested in personally. After all, you personally decided on your course of action and made your best effort. Business criticism and change is just as difficult for the company that is invested in the success of their customer. When they win, you feel a sense of pride and accomplishment. When they criticize your work negatively, it’s very difficult not to take it as an affront to your competency. And when someone moves on from you – a romantic relationship, a customer in your store, a business client that goes with another firm – you feel some sense of failure and sadness. Having said all that, change is vital to moving forward and often to change and evolve we have to know what we need to do differently. Criticism is a word that makes you tense up, wince and cringe, but honest communication and a listening, learning dialogue can actually make you feel better instead of worse. It’s HARD to do. It’s hard to turn a negative into a positive for both parties, but the results are something that you do want to take personally.

Read More – Why Do You Need To Impress These People Again?